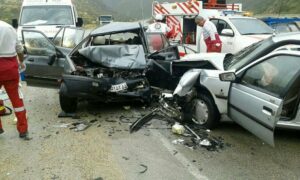 Whether or not you could be facing a felony DUI offensedepends on the details of your case: whether you have had prior DUI convictions or whether there were any injuries or deaths as a result of your drunk driving.

Under California’s Vehicle Code Section 23153 “Any person who, while under the influence of intoxicating liquor, or under the combined influence of intoxicating liquor and any drug, drives a vehicle and when so driving does any act forbidden by law or neglects any duty imposed by law in the driving of such vehicle, which act or neglect proximately causes bodily injury to any person other than himself, is guilty of a felony.”

This website shows arrest & booking information. An arrest record does not mean that the individual has been convicted of any of the crimes listed. Individuals on this website are innocent until proven guilty by a court of law. All information related to charges and arrest or booking is obtained through the public domain.

The information presented on this website should not be relied upon to determine any individual's criminal or conviction record. The data may not reflect current charging decisions made by the State Attorney's Office or the outcome of criminal trials. We reproduce publicly available records but we do not guarantee accuracy of the records as they are maintained by the public services agency or public information source.